How did Antti grow into a Key Account Manager at LAPP? 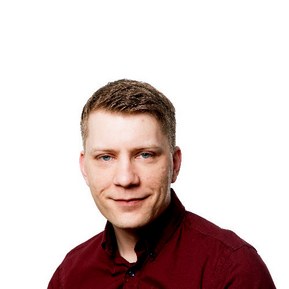 WHO? Antti Ahonen, Key Account Manager MOTTO? Together the outcome is best! HOBBIES? Frisbeegolf and fishing

Hi, my name is Antti! In thirteen years, I developed from a temperature sensors producer to a key account manager. Right now, I’m in exactly the job I dreamed of a few years ago. How did all this happen here?

From the army to the sensor workshop - welding, turning, testing and frisbee golf

Three years after primary school, in the spring of 2005, I graduated from the Forssa Vocational Institute as an automation mechanic. I started at Lapp Connecto in temperature sensor production in early 2007. I first did the the military service and gained work experience in other fields before actually starting my career at LAPP.

My tasks in sensor production included assembly, welding, turning, and testing before the sensors were sent to customers. The sensor workshop and the adjacent warehouse had a great working atmosphere. So good that we spent time together with colleagues even in our free time, e.g. playing frisbee golf.

Again, three years passed. We made playful bet my colleague Juha if I could also study at Metropolia University of Applied Sciences, where Juha had started his engineering studies a year ago.

The “lottery win” came, i.e. I started studying at Metropolia in the autumn of 2010. Studying was tough at times alongside work, but it was certainly worth it. Just six months after graduating as a Bachelor of Science in Engineering in June 2014, I started at Lapp Automation as a product specialist.

Studying at the same time with Juha was awesome, as we could support each other. We solved physics and math problems in school assignments together. Is there a better way to study teamwork?

As a product specialist, I was responsible for product customization and development, technical documentation, customer visits, answering quotation inquiries, maintaining the ERP system in my own product area, and participating in trade fairs.

A new decade, a new job

In early 2020, I was named Key Account Manager. I succeeded my retiring colleague Seppo who familiarized me with the new position for about six months before he left the company.

My job now includes comprehensive managing of key customers - from product specifications, to offers and deliveries. I am responsible for a large variety of customers form large global players to smaller companies.

The best thing about managing key account customers is to be able do the whole service chain from start to finish. But of course, a few colleagues are needed on the way. In long-term customer relationships, you also get to know them as people, which brings more juice to ones daily work.

The company MD and co-workers helped realize my career dreams

I have really enjoyed working in this company. It's been super nice. Every work day is different, and you can really utilize your talents. And let's not forget the great team spirit we have in the company!

What I enjoyed most was getting to see many different tasks in practice. The initial lesson learned from sensor production has been very good support in the subsequent specialist and sales managing roles. In addition, networking within the corporation was a key factor when I moved from sensor manufacturing in Lapp Connecto to Lapp Automatio's product management. Colleagues recommended me to the MD of Lapp Automatio, who hired me as a product specialist, based on the recommendations.

At LAPP, it was possible to achieve a career dream, because here people who are genuinely interested in their work have the opportunity to advance in their careers. As a company, LAPP is international and innovative, and it's constantly developing new, more efficient ways of operating, so there are plenty of opportunities for job changes and career advancement.

• When studying, invest in the basics of your field.
• Set goals: you don’t have to get the best grades from all study courses.
• Find out what you would really like to do for work, and focus your studies on the essentials involved. Once at work you can then specialize and familiarize more deeply.
• Attitude is everything.