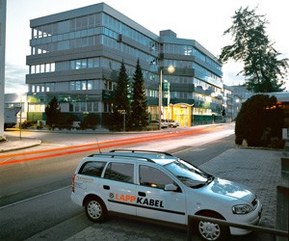 Lapp Connecto Oy is a part of the LAPP Group.

LAPP Group is a German family-owned company - one of the world’s leading suppliers of cables, cable accessories and cable systems. The company was founded in 1957 by Oskar Lapp with ÖLFLEX® - the first industrially produced signal cable in the world.

The name LAPP stands for innovative connection solutions like no other. The brand stands for quality, customer service and a deep understanding of the industries and applications in which the products are used.

The company’s product range consists of over 40,000 products that are mostly manufactured in the company’s own production facilities. LAPP has 21 production sites and 44 sales companies around the world, employing 4 586 people.

Throughout its history, the business has always been in family ownership. Matthias Lapp, the third generation of the family has now begun to assume responsibility for the company.